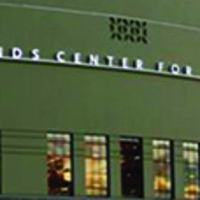 Willie K and the Warehouse Blues Band will be performing a special holiday show, along with Edmond's own Halau Hula O Moani Mokihana.
Willie K will also be performing songs from his new CD "Tropical Plantation Blues".
When the Honolulu Pulse said, “Willie K can play or sing almost anything an American audience might ask for,” that wasn’t hype, it was the literal truth. The Hawaiian phenomenon Willie K is undoubtedly the only artist in the world who can go into an Irish pub in the middle of Maui and play anything from indigenous acoustic Hawaiian music to jazz, reggae, rock, country and even opera—and not only get away with it but leave everyone within earshot slack-jawed in astonishment. No less than Prince was a huge fan, calling Willie K a “funky mother#%@&er,” while another avowed fan is a fellow Hawaiian who goes by the name Barack Obama.
“When you come to the Willie K experience you leave knowing who Willie K really is,” says Willie K himself. Those fortunate enough to bask in the glow of that experience will discover another side of this multi-talented singer, songwriter, multi-instrumentalist and all-around riveting entertainer.
As part of his family band, he learned how to play every instrument that might be needed in the show, from guitar and bass to the ukulele and xylophone, quickly becoming a virtuoso on each. Since he was little, Willie K took in every sound that came his way and he learned how to make music in virtually any genre that might please an audience.
Of course, traditional, indigenous Hawaiian music has always been at the core of the Willie K experience too, the beauty that emerges from his instrument and his mouth is as far from the stereotypes as Maui is from the North Pole. But no matter what kind of music he plays, it all comes out Willie K music—even when he sings opera. For Willie K, music is a life force, never something to take lightly.
Willie K is involved with many non-profit projects including his annual Golf Tournament and his annual Willie K & Friends BluesFest. Renowned artists, Billy F. Gibbons of ZZ Top, Alice Cooper, Pat Simmons and Michael McDonald of the Doobie Brothers, Taj Mahal and Steven Tyler of Aerosmith have graced his stage over the past years 7 years. It just keeps getting bigger and better.
Whatever he tackles, one thing is for sure: it will be distinctive. “I am unlike any other Hawaiian that’s ever been seen or heard before,” says Willie K, and truer words have never been spoken.Sponsored by Cheryl Foster & CarlZapora, Jack Loos